This Youtube channel Cimicbookcast2 do these really good and comprehensive reviews in under 3 minute long videos. As you'll see this book still very much sucks and has nothing going for it for fans of the original series from the old DCU. Issue 23 concludes ales kot's 3 issue run on the series but I'm confident that the writing for this shitty book will continue to offer zero satisfaction for fans of the real Suicide Squad.

Posted by Shlomo Ben Hungstien at 9:44 AM 11 comments: 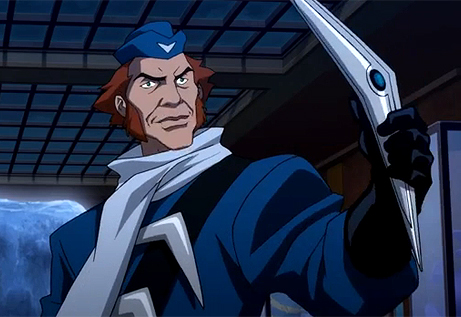 Posted by Shlomo Ben Hungstien at 9:41 AM 10 comments:

Adding Vixen and Black Orchid to the group cosplay shot

I dunno know how I managed not to those two lovely heroines to the original version of this. It's not like there's any shortage of Vixen cosplay out there and I've known about DJ Spider's Black Orchid cosplay for quite a while now go figure. By the way, do you find this cosplay photo as disturbing as I do? http://www.flickr.com/photos/nathaninsandiego/6849217176/in/photostream/
Posted by Shlomo Ben Hungstien at 6:06 PM 4 comments: 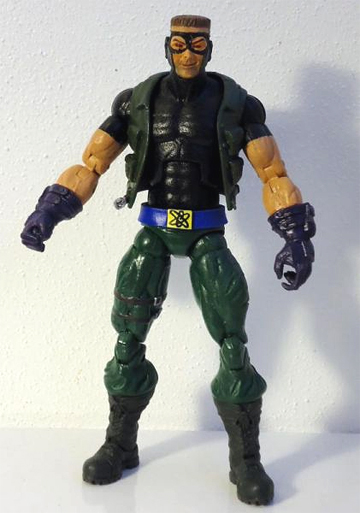 I wanted to get a posting out for the first of August but I just couldn't get enough good stuff together in time so better a bit late then never. This custom Atom (Adam Cray) was found at Figure Realm. First appearing in Suicide Squad 44 he unfortunately was killed in issue 62. But while he was in the pages of  The Squad he left us with some great moments such as the clip art below from issue 57. I still love the dialogue in the last panel between The Atom and Ben Turner as Turner takes on The Yakuza's meta human martial artist Cats Eye. 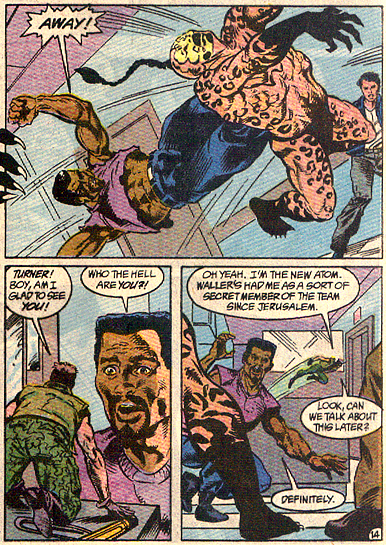 Oh how I miss the old Suicide Squad, I so fucken hate the New DC52. 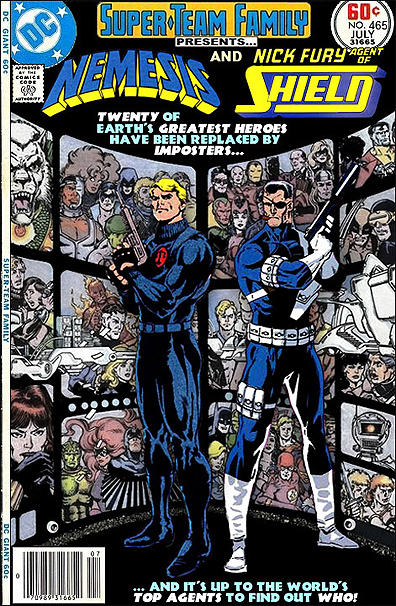 I'm pretty sure you all can figure out where I found this art. Nemesis was with the Squad from the very beginning on an on again and off again in the original series till almost the very end. A really cool character he and Nick Fury are a good match up seeing as their both ace agents with an insane amount of skill, experience and resourcefulness to the point where they can hold their own or even take down super powered opponents. A Rick Flag and Nick Fury team up would have been great too.

Posted by Shlomo Ben Hungstien at 2:00 AM 12 comments: