Millennium Week 4 with The Suicide Squad 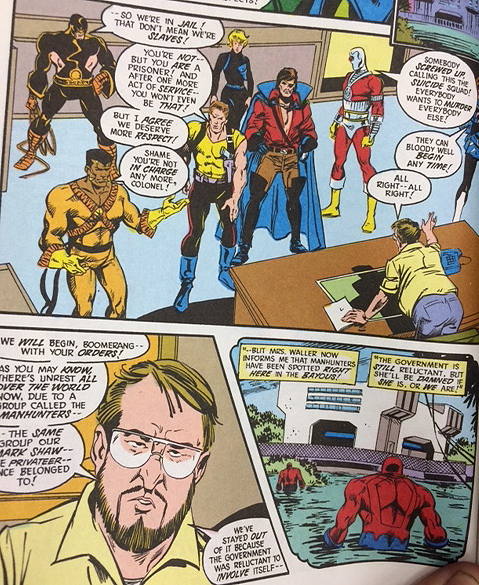 Any of you remember the late 80s DC 12 issue maxi-series Millennium? It was similar to Marvel's Secret Wars II in which it was it's own title but also crossed over into just about every DC title at the time including Suicide Squad issue 9. So tonight I was browsing at this Millennium TPB at a discount book store after work and came across a couple pages of unknown (at least to me) clip art which is actually a prelude to Suicide Squad #9. I took a couple of pictures of this page with my iphone for your viewing pleasure. 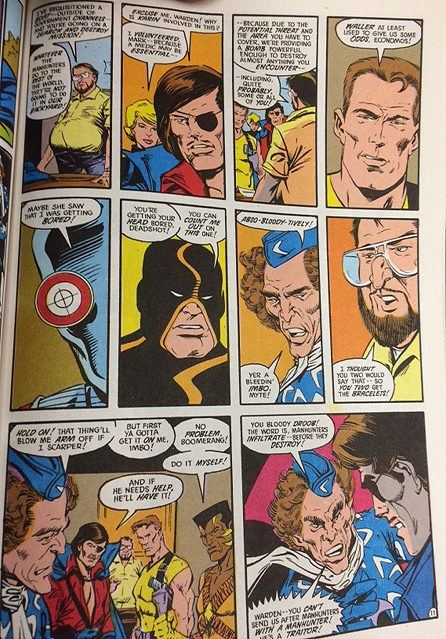 What a pleasant surprise, a real nice way to end my day by getting to read some Ostrander era Squad stuff I previously was unaware of. On the this page the Squad is informed that their going to be transporting a bomb to the Manhunter's fortress in the Bayous. Slipknot and Boomerang initially refuse to take part in the mission upon which they are informed that not only are they going to go but also will have to wear explosive bracelets. And if you want to see how that worked out in Suicide Squad # 9 you can have a look here . . .
http://daveslongbox.blogspot.com/2005/06/lame-ass-villain-7-slipknot.html