Some rather unique fan art

I've been wondering for a while if I'd ever find anything again having to to do with the original Suicide Squad. Well just by chance I happened to stumble across this rather unique fan art. I didn't know what to think of it at first but as I started going through this artist's gallery on deviant art the work definitely started to grow on me. Among my favorites are Aquaman, The Riddler, Captain Atom, Cheetah, Guy Gardner, Solomon Grundy and Martian Manhunter: http://colouronly85.deviantart.com/gallery/
Posted by Shlomo Ben Hungstien at 9:21 AM 11 comments: 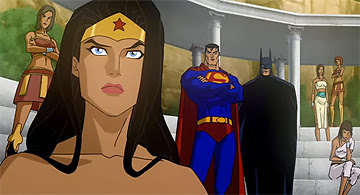 I was at a Target store last night (it's like Walmart) and I saw Superman Batman Apocalypse for only $10. I was tempted to grab it but I decided not to. Although I think Justice League Doom is a bit better then most give it credit for I have no doubt this animated DC movie is way better. The battle between Wonder Woman/Barda and The Female Furies was arguably the best fight scene in any DC animated movie and the animation through out was nothing short of perfect. But like Doom there's so much of this movie on Youtube already I'm not sure I'd be getting a whole lot of bang for my 10 bucks at this point.

By the way have any of you seen any of Suicide Squad 24? Captain Boomerang is back on the team but aside from that the story appears actually appears to be somewhat interesting for a change. So there seems to be a glimmer of hope whoever the current writer is might actually take this book into the right direction. It's still far from something that I'll buy and besides pretty much half the issue can be read online anyways:
http://www.dccollectors.com/comic-book-previews/preview-suicide-squad-24/
http://insidepulse.com/2013/10/18/forever-evils-suicide-squad-24-spoilers-2-squads-which-is-harley-quinns-wheres-amanda-waller-whos-warrant-dc-comics-new-52-in-review/

Posted by Shlomo Ben Hungstien at 2:06 AM 8 comments: 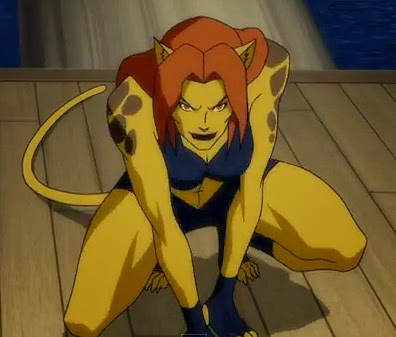 So this is the latest DC animated video which I recently picked up. I found it for $10 at music/video store out here that's full of discounted used DVDs and CDs among other things. I thought this was pretty good but a bit short of being great and as of yet I'm not sure where I would rank it in comparison to other stuff I've seen and bought recently like Batman: Under The Red Hood or Justice League: Flash Point Paradox. Truth be told I wish I hadn't watched so much of it on Youtube before, I probably would have enjoyed it a bit more had I not. So for those of you who don't have the DVD most of the best stuff in it can be seen on Youtube. Hands down my favor part of the movie were the battles between Cheetah and Wonder Woman. The animation was superb as were the sound effects and I absolutely loved Claudia Black (from Farscape) as the voice actor for Cheetah. And of course I'm up for watching just about anything in which Nathan Fillion is doing the voice of Green Lantern plus Cyborg as a character really shined in the story line as well. Nothing worth mentioning as far as the DVD's "special features" unfortunately.


Speaking of Wonder Woman, I love Linda Carter more then ever after having read this quote from her recently "You look at any society that suppresses women, and it’s violent." 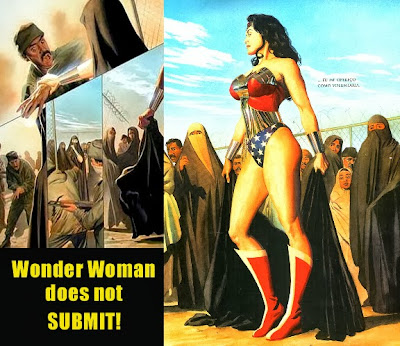 I tell ya, when it comes to some of the assholes on face book this sums it up for me. 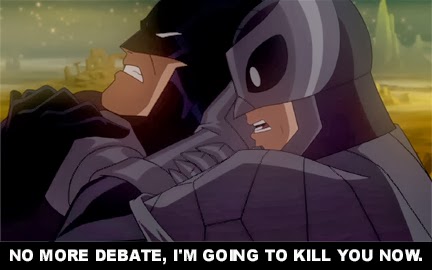