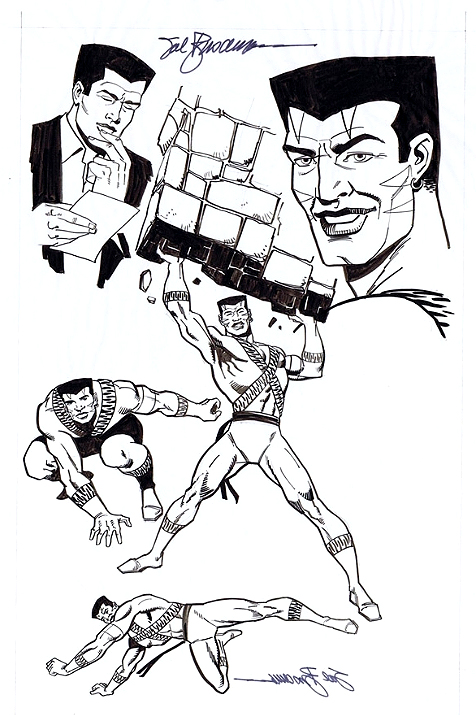 I found this Bronze Tiger character sketch card by legendary Marvel artist Sal Buscema. I had no idea he had ever done anything for DC. Of course my favorite work by Buscema was his pencils in Rom spaceknight but finding some art work he had done for one of my favorite DC characters is pretty awesome as well.

I'm adding an update here about something that's been bugging me ever since I first posted this and it just hit me. Some of the art work in this Buscema sketch card looks a lot like a couple of the panels from BT's show down with Female Fury Stompa in Suicide Squad #3. Kinda makes me wonder which came first. This is almost a "Who Made Who" kinda question I'm sure we'll never get a definitive answer on.
And with that I bid you all farewell for a while. I started a new job as a crew member a couple of weeks ago for an oil recovery vessel. It's a temporary gig (till mid Dec.) but if all goes well it will lead to more long term assignments. So far it's going well and I'm learning a lot but the hours are taking some getting used to. I'm working 10 hour days and some weekends. Just last week I worked 58 hours. I'm just too burnt out for blogging right now and things have been pretty quiet here lately anyways so this is probably a good stopping point.
Like me many of you are less then thrilled with the Suicide Squad relaunch but the reviews are still fun to read especially some of the scathing ones. Check out this one for issue #13 it's hilarious: http://tessatechaitea.blogspot.com/2012/10/suicide-squad-13.html?showComment=1350459907017#c3206054003636953527

Posted by Shlomo Ben Hungstien at 1:05 AM 14 comments:

My vote for Amanda Waller in 2012 is in the mail 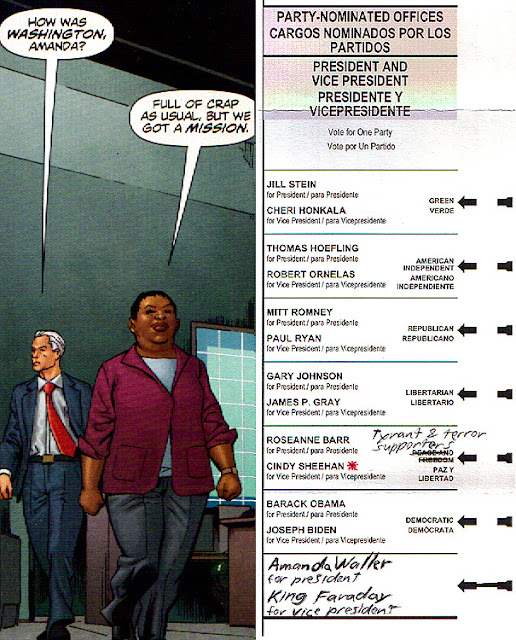 I'm so sick and tired of this presidential race which feels more like the latest lame ass "reality" show. All these fucken talking heads with their mind numbing rhetorical analysis and these stupid poles. I've never believed in any of the extreme rhetoric about Obama but by the same token I've found him to be a disappointment. That pretty much started at the beginning of 2009 when it seemed like he was making health care reform his top priority instead of getting America back to work. All this while the CEO scumbags who largely got us into this mess were jumping out of the financial disaster plane in their tax payer funded golden parachutes as it crashed in the mountain.
But I also know that there are a lot of republican neo-cons who are obsessed with bringing Obama down and have that as a higher priority then trying to do something about the suffering of every day Americans who are on hard times. Recently I had some good fortune come my way in regards to moving forward on a new career path and it had nothing to do with all the shit slinging in Washington. In short, I feel more removed from the political process then ever and I decided to make my voting ballet reflect that. By the way how did that fu@#$% $%&# cindy sheehan get on the ballot!? I've seen her at anti-U.S./pro-terror demonstrations in S.F. over the years and I can tell you she hates Obama every bit as much as the neo-cons do. But that's not why I hate her. This video my friend made from a protest we were at in S.F. earlier this year is why I hate her guts:
http://www.youtube.com/watch?v=py3rElWA9uM&feature=mfu_in_order&list=UL 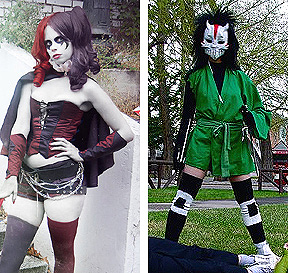 When I paired up Cheshire against Elektra it was almost unanimous Elektra would come out on top. But I suspect you'll find this pairing to be on a more even playing field. Cheshire probably has Harley out done in the actual martial arts skill level department but when it comes to shear cunning they're pretty close. But Harley's unpredictability might make up for any lack of hand to hand combat skills and give her an edge. For those of you who watch Young Justice you've seen how how much of a skilled combatant Cheshire is. And when properly motivated Harley has shown she can take down bad asses like Deadshot, Savant and even out fox the likes of Amanda Waller. So who gets the likely  win here? Speaking of Young Justice it was another good episode. We didn't get to see either Roy Harpers this time but after last weekend I can't complain. One can't help but wonder what will happen when Cheshire finally meets the original Roy. That could make for a love triangle the likes even Jerry Springer hasn't seen yet! There's probably a future Jerry episode like that coming soon however : )
Posted by Shlomo Ben Hungstien at 8:48 AM 5 comments:

How about some Suicide Squad t-shirts already!? 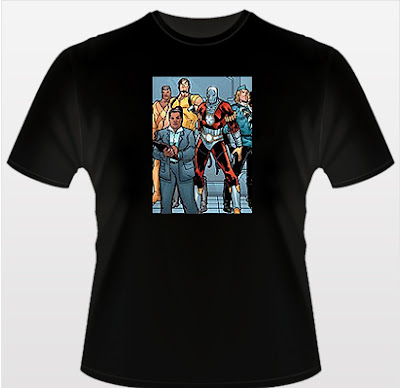 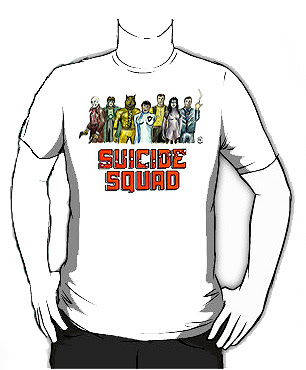 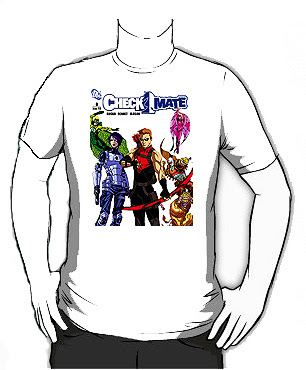 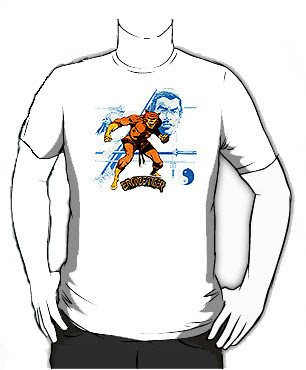 Just messing around in photoshop and thinking of more things that I'd love to buy some day but will never see for sale anywhere.
Posted by Shlomo Ben Hungstien at 6:48 PM 5 comments:

I got your fu@#$% splash page right here folks! 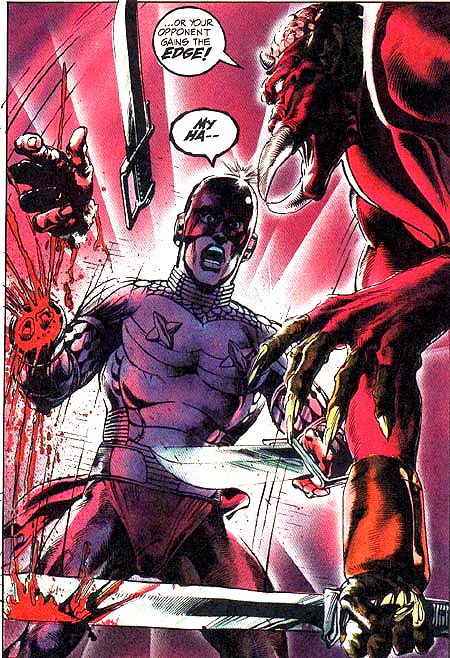 This is the first time I've ever posted something that was not at all related to this blog. Truth is I just love this splash page and I just wanted to share it. It comes from ARMOR #2 published in 1986 by Continuity Comics. Seeing something like this in a comic book back in my early teens just blew me away. Pretty amazing stuff cmon folks give the man a hand.

Posted by Shlomo Ben Hungstien at 12:06 AM 2 comments: