As you can see the last time I posted anything was way back in January. So clearly this blog site is pretty much done. If you think of each posting as a mission then this is the final one. But for the sake of ceremony I thought I'd just have one last posting/mission to bring this Suicide Squad blog to an official close. I thought I might also use this opportunity to share a few final thoughts and tie up some loose ends in the process. I did see Suicide Squad: Hell to Pay and thought it was over all not bad. It wasn't with out it's problems but I'm not in the least bit interested in getting into all that it is what it is. But I'll admit, between the humor, action and explicit nature it was certainly entertaining if nothing else. So that's as close as it gets to any sort of movie review from me. The live action movie still sucks to me every bit as much as the day I saw it in case any one was wondering. And I could still give a rat's ass about anything going on with The Squad as far as new comics goes that hasn't changed either. So long folks.
Posted by Shlomo Ben Hungstien at 6:03 AM

DC Legends . . . not quite the stuff of legend for me 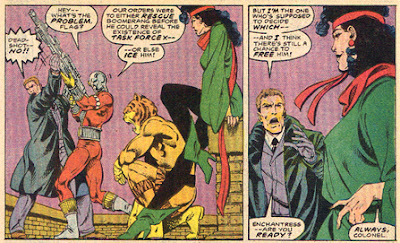 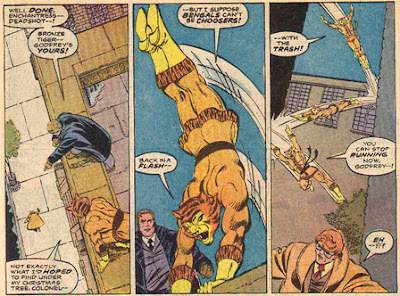 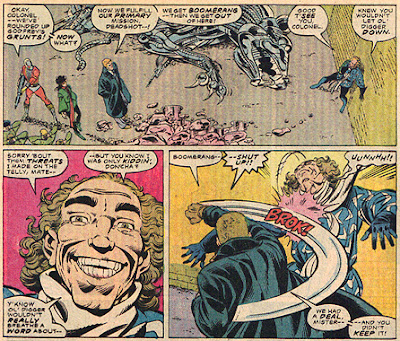 Ya know folks I may get a little bit of heat about this but I after doing some reading of the DC Legends mini-series this weekend I'm not that big of a fan. Now ofcourse this isn't the first time I've read the series but even back then it honestly didn't grab me despite all it had going for it. You had The Squad's first mission along with a bunch of some of the best heroes and villains in the DC Universe's history and great talent on the series like John Ostrander and John Byrne. I feel the same way about the original Crisis on Infinite Earths maxi-series after having finally read it I felt like it was really over rated despite it's legendary status among the DC readership. Can't quite put my finger on it as far as the why but both of these series just didn't make for a great read for me unlike say for example Marvel's original Secret Wars which was like an adrenaline charged page turner which holds up pretty good even today.
Posted by Shlomo Ben Hungstien at 9:51 AM 4 comments: