Some kick ass Rick Flag fan art that I kinda . . sorta made 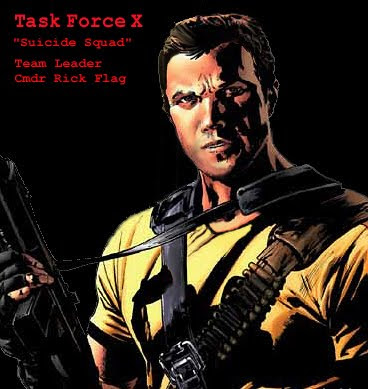 So here's something I kinda sorta did with the spare time I had on X-Mass weekend. What happened was that I found some fan art of the Jayne character (played by Adam Baldwin) from the Firefly series which was also made into a movie called Serenity. So digitally speaking, I gave him a shave, a new haircut and a little nip/tuck (plastic surgery term). And when it was all done I have to say he now makes for a pretty good Rick Flag. Everything else was pretty much there already including the weaponry he's carrying and that signature yellow t-shirt he's always wearing. Anybody wanna bet me that Rick Flag is the kinda guy who has a closet full of all the same outfits? . .Yeah that would be a sucker's bet :) Hope to see him soon in the new DC 52. You can see the original fan art I re-worked here: http://www.comicvine.com/jayne-cobb/29-42085/
Posted by Shlomo Ben Hungstien at 5:00 AM 10 comments: 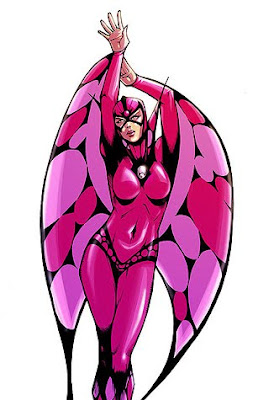 Perhaps the most mysterious of all the people who have been on the Suicide Squad Black Orchid's motives for working with Task Force X were as unclear as her origins. Black Orchid was was an on again off again non-convict member of the Squad between issues 4 - 22. She was a master of disguise, possessed superhuman strength, invulnerability and could fly. Black Orchid never talked much for some reason but was superb at infiltration assignments and often provided some extra muscle when the Squad needed back up. Considering her history with early issues of the Suicide Squad's first series Black Orchid was long past due to be featured on this blog. This rather curvy and colorful rendering of Black Orchid is by the talented Olivernome as known on his Deviant Art profile.
Posted by Shlomo Ben Hungstien at 12:05 AM 9 comments:

Summery: The Squad breaks into the lab facility run by Basilisk (known as Kobra in the former DC Universe) that created the techno virus they battled in issue # 2 in the hopes of capturing the lead scientist. After killing a bunch of guards on the way in the eventually find their target but are later confronted the one who's running the show there, Grey Lora. She goes from a good looking black woman with dreads to something that looks more dangerous to your genitals then Lorena Bobbit with a knife when Deadshot mentions the name Wong Fon Shay. I don't know who that is but apparently Fon Shay was someone of some importance to Basilisk who was killed for a contract job by Captain Boomerang. And that brings us to the other part of the mission because in exchange for free passage out of the facility they turn over Boomerang who tries to detonate their implant bombs out of anger. The only problem is that the detonator he has is bogus and Deadshot shoots him in the hand for good measure.
During the mission the idle chat between the team members reveals to Harley Quinn that The Joker was killed as was strongly implied in Detective Comics #1. Although she doesn't freak out in an outward sense you can tell she doesn't take the news well and it's obvious the wheels in her head start turning. After the team returns to Belle Reve Waller has some words with Deadshot who is getting impatient about having his implant deactivated now that the mission is over. With only 18 minute left before their bombs go off Belle Reve goes to Hell as a full blown prison riot breaks out and Waller puts the team on the job of quelling it before their time is up.

My thoughts: This month we had another solid issue. No shortage of antagonistic quips and in fighting between the characters along with a couple surprises which means business as usual for a typical Suicide Squad mission. Although on a downside based on what happened in this issue it sure doesn't look like Boomerang is gonna be a regular on The Squad but let's see how things play out in future iss 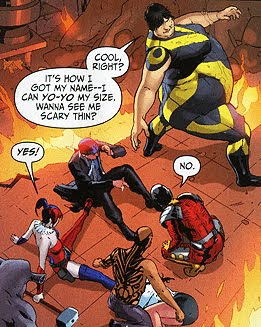 ues. I gotta imaging Harley is somehow responsible for the prison riot which tells me her tenure with The Squad may be coming to an end soon unfortunately. Although no doubt Harley Quinn fanatics all over the world will no doubt rejoice over that. And back on the upside Yo-Yo looks like a promising edition to the team and Diablo is quickly becoming a favorite of mine you can't help but like the guy. I've been happy with the art in the series so far but in this issue they really hit it out of the park especially with some of the face close ups. For more preview clip art from the issue:
http://io9.com/suicide-squad/


Posted by Shlomo Ben Hungstien at 3:00 AM 8 comments:

To all the belly aching Harley Quinn fans, when words aren't enough it's time for some specialized fan art 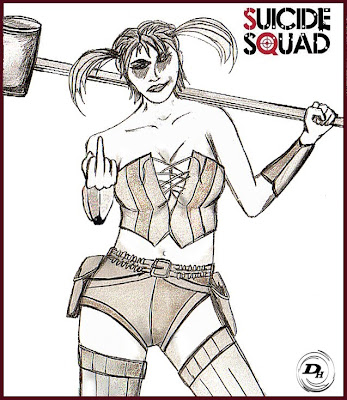 For those of you who follow my ROM blog you know I've been pretty busy as far as fan art goes but today I finally got some done for the new DC 52 Relaunch Suicide Squad too. Something like this has been on my mind for a little while now just haven't had the breathing space I needed to apply myself until this weekend.

Dec.14 Update: It gets better folks! If you like this Harley fan art I whipped up your gonna love this video! http://www.youtube.com/watch?v=gVQ0tovHHhg&feature=youtube_gdata
Posted by Shlomo Ben Hungstien at 6:17 AM 7 comments: 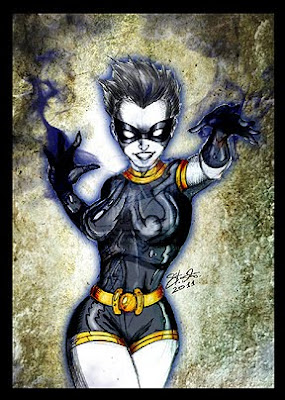 I found this piece on Deviant Art. It was done by a Russian artist under the screen name Saint Yak. The Nightshade character has under gone several different looks over the years but this one seems to be based on the cameo appearance Nightshade made in the Superman/Batman: Public Enemies movie.
In the previous DC Universe before the relaunch Nightshade a.k.a Eve Eden was an off and on regular non-convict member of the Suicide Squad who had a real thing for Rick Flag. Outside of that her character was a long time love interest of Captain Atom but I never read that title so I don't know much about the history of that relationship. She was last seen in the Suicide Squad / Secret Six Blackest Night crossover. I hope she appears in the new series at some point. Saint Yak did this piece with a combination of pencils and photoshop. This guy is a real pro and it shows in the quality of his work check out the other comic book/ sci-fi related stuff he has on his Deviant Art page: http://saintyak.deviantart.com/
Posted by Shlomo Ben Hungstien at 7:24 AM 3 comments: