Well it had it's moments at least 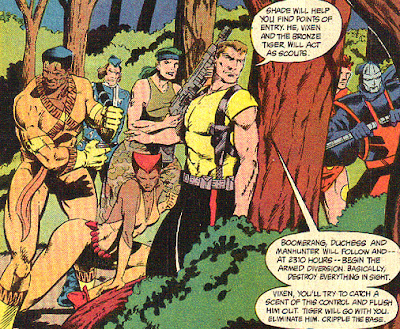 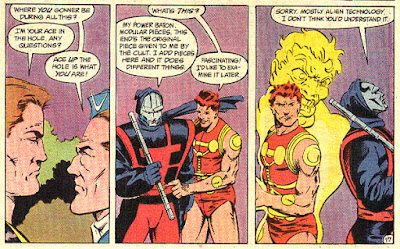 Did you know that out of the entire Ostrander run for The Suicide Squad there was only one annual? And admittedly despite having been written by John Ostrander it wasn't a very good read in what was other wise an awesome series. But it did have it's moments like the exchange between Rick Flag and Boomerang as well as between Shade and Manhunter. In case you didn't know during his time with Task Force X Shade was known for having something of a condescending attitude toward Earth technology which other Squad members found to be annoying at times. So it was kinda funny seeing someone talk down to him for a change when it comes to the comprehension.
Posted by Shlomo Ben Hungstien at 12:20 AM 3 comments: