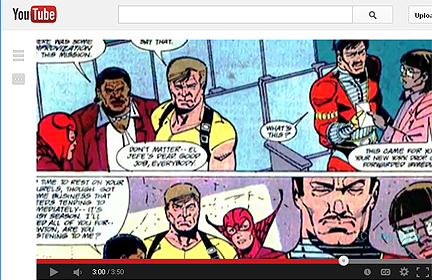 Have you had enough of all this new DC 52 crap? Of course you have, so allow me to share with you this super villain origin Youtube video of Deadshot. Kick back . . relax  . . click on the link and forget about the new 52 bullshit for a few minutes with this much needed mental break. God knows we all earned it. http://www.youtube.com/watch?v=bijJy_Czzbs

Sorry guys to bring up some of this New 52 crap but if you look in the comment section this was just brought to my attention. As you can see at least the art work is good : http://tessatechaitea.blogspot.com/2013/06/red-hood-and-outlaws-21.html#comment-form

Posted by Shlomo Ben Hungstien at 2:22 AM 8 comments:

Grumpy Cat on the DC reboot 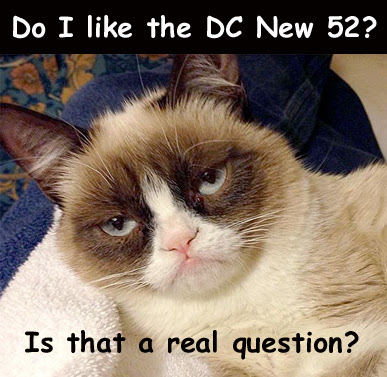 I thought it was about time Grumpy Cat made a public statement on this controversial issue.
Posted by Shlomo Ben Hungstien at 3:04 AM 12 comments:

I just saw Superman yesterday. I thought it was cast really well especially in the case of Superman, Gen. Zod, Jor-El and the Kents. And I gotta say I loved all the flash back scenes to Clark's child hood in some ways that was my favorite aspect of the movie. I'm still "digesting" everything else from the movie but over all I liked it for the most part.
Anyways, seeing the movie yesterday got me thinking about Superman's appearances in the Suicide Squad. As far as I know it was in issues 59-62 that featured a storyline involving Batman, Aquaman, The Squad, The Hayoth, several metahuman mercenaries, a high value arab terrorist and some rogue elements in the U.S. military. Plus on top of that it was all connected to the faked death of the original Atom Ray Palmer.
I guess this might be a good time to throw this clip art into the mix too. I'm not really familiar with the Seraph character actually. But I like how his powers are derived from ancient Jewish lore. Ok I don't think I need to explain to you about Moses (pronounced Moishe in Hebrew) and his divine rod right? : )  King Solomon "The Wise" was actually the son of King David (as in David and Goliath) and you may find it interesting to know that Captain Marvel (Shazam) derives his wisdom from Solomon just as he gets his strength from Hercules. And by Samson he is referring to the story of Samson & Delilah which you all know something about yes? Well just so you know Samson was Jewish and Delilah was a Philistine. 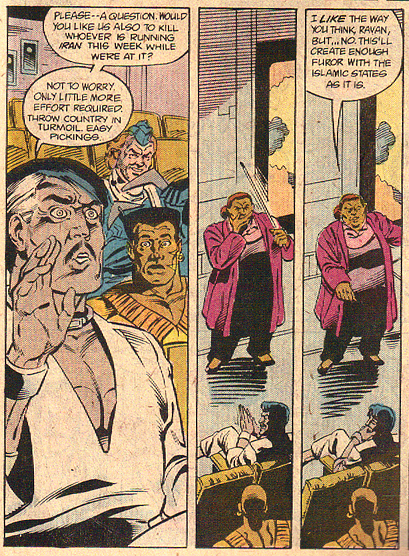 Although I pride this blog on featuring a multitude of new stuff instead of reused clip art I once in a while like to feature something from the original that I'm sure most out there don't remember or never knew about in the first place. I've used stuff for postings before from Suicide Squad 32. This was really a great issue for so many reasons. First off it's the Ostrander series and second of all the issue was so true to life in terms of contemporary politics and cultural trends in the Middle East which I consider myself something of an expert in. You can almost tell what's going on by just looking at the faces of the characters from one panel to another. GREAT STUFF!

I'm posting this as an after thought to the Suicide Squad clip art I started this posting with. This powerful scene comes from Checkmate #1 (Volume#1). I seem to remember a certain commentator here saying "Checkmate was nuthin". I think maybe that certain someone just didn't read enough Checkmate.

A collection of absolute bad asses with attitudes 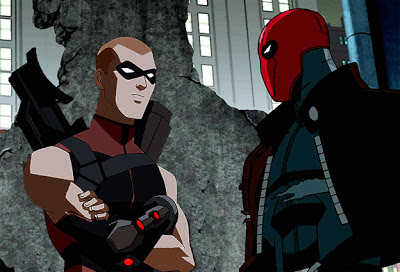 Last weekend I finally broke down and bought Batman: Under the Red Hood. After months of watching clips of it on Youtube I finally came across it at a record store that has tons of DVDs. It was only $12 so I figured what the Hell. Needless to say it was every bit as good as the scenes on Youtube from it suggest. The DVD also has some extras consisting of production documentaries of other DC animated films like Crisis on Two Earths and Superman/Batman Apocalypse. I must have a real thing for ex side kicks who turn into these anti-hero types with an attitude. I would love to see some sort of team between the Young Justice Roy Harper Arsenal and the Jason Todd from Batman: Under The Red Hood that would be so friggin awesome! 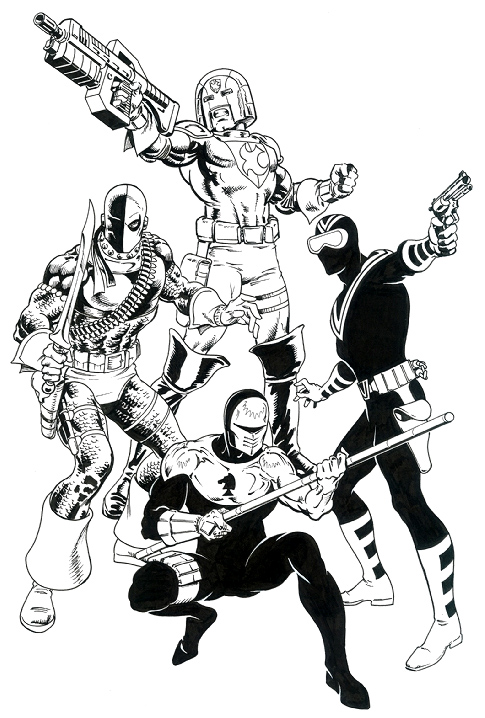 Here's some fantastic commission art by Checkmate (Vol.1) artist Steve Erwin. What can I say about this that isn't instantly obvious to the human eye? But I would like to point out I really love Peacemaker's rifle. It looks like something between an M-16 and the pulse guns in ALIENS used by the colonial marines. Back in the 80s I had a few Vigilante comics I always liked the more graphic nature of the comic and who didn't like that cool costume of his?

And one last thing. To answer you question Aliera about who is Bruno. It probably would be a good idea to not have any kids around when you click on this link: http://www.youtube.com/watch?v=mxQC-nE8cNM