I have to admit that was a pretty good line. Alright let's give it a second look what the Hell day and time does this show come on?

As something of a follow up to K.o.T's War of the Genders posting which includes the clip art above here's a nice panel from Suicide Squad 58 in which after a brief skirmish Amanda Waller agrees to help Black Adam assault Circe's island strong hold which has an army of amazonian like woman warriors and some kind of werewolf beasts. 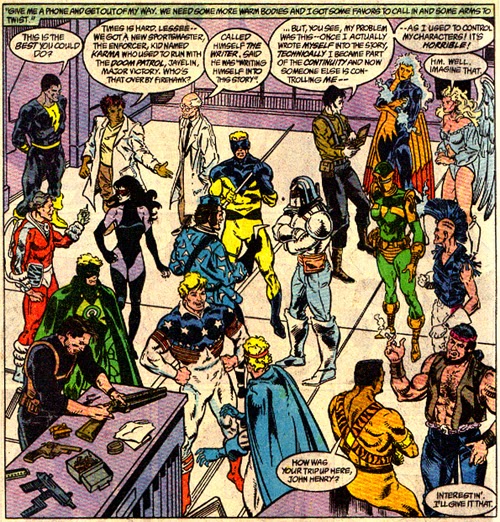 The attack commences later in the issue and concludes as the island under goes some sort of earthquake which cuts short the battle. War of the Gods 3 doesn't have a whole lot of Suicide Squad action in it despite them being pretty prominently represented on the cover art but it does include more Squad casualties. Here's the total body count from a posting a while back compliments of Siskoids Blog of Geekery
http://siskoid.blogspot.com/2011/04/suicide-squad-retirement-files-036-039.html