Ok foIks, I can't take the DC relaunch belly aching anymore so here's a follow up Youtube video. Just think "What If"

Ya know what folks check out this video first from another guy who reviewed Suicide Squad #1 also. If I had discovered this guy's video before I made my 2nd one I wouldn't have bothered to make it. That's because he said it even more succinctly then I did with even more sarcasm and wit. His video totally upstages mine and I don't mind cause it cracked me up: http://www.youtube.com/watch?v=j8nm8LK53zE
And this one is mine it has a much shorter running time.
http://www.youtube.com/watch?v=3frx2rJ3m4U 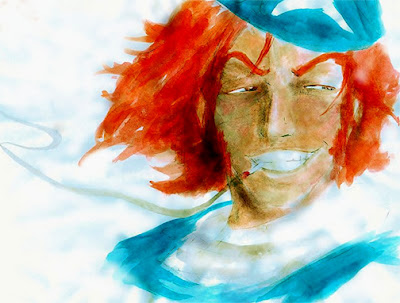 As I did to the last posting i thought I'd add a little extra something to this one beyond a link that will send you all to another one of my droning monologues about my likes and dislikes about the new Squad series. This is some art work I found at Deviant Art. There's other good Captain Boomerang fan art but this one got my attention because it was very unique aside from being well done. It's a water color painting but unlike my water color paintings this one is done in my of a traditional water color style mine never really end up looking this way. Another thing I like about this is that it really captures the personality of our favorite Task Force X Aussie. This was done by an artist who is obviously a big Boomerang fan and goes by the screen name of Waterwindow.
Posted by Shlomo Ben Hungstien at 5:39 PM 16 comments:

Since uploading this video review yesterday I've been reading a flurry of comments all over the internet about Amanda Waller's DC 52 weight loss plan. It's like having to relive the whole pre Green Lantern Angela Basset drama. And of course the Harley Quinn costume controversy is still dragging on. It's like the O.J. trial all over a again God help us all! 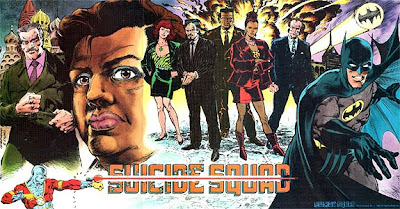 I've got a little something extra on this posting for you folks. This is the only poster as far as I know of The Suicide Squad that's ever been published. It came as an insert with the first issue of The Phoenix Gambit saga (issue # 40 1990) during the first series in which The Squad which now was a freelance group teams up with Batman for a mission in Russia.
Posted by Shlomo Ben Hungstien at 2:30 PM 19 comments:

Yeah that's right an inside job. 19 guys came inside our boarders pretending to be here for legitimate reasons and hid in plain site until they hijacked four planes filled with civilian Americans and non Americans alike. They then crashed these planes into buildings full of more people who were just like you and me and unlike you and me. The people who were murdered that day were about as random as you could get being made up of many races, religions and other belief systems both political and social.
One of the many ironies here is that each one of the hijackers came from a part of the world in which the governments who rule there are among the most brutal and suppressive on the face of the Earth. Not only that but the hijackers carried out there mission to murder out of some self righteous radical religious ideology (just like with Kobra and with that analogy we see again how art imitates life) thinking that the mass murder of random people will bring them 72 virgins in paradise.

Don't buy into that crap that this was all about America's foreign policy (which I'm not saying is beyond reproach) or that the hijackers came from any manner of moral high ground. Living here in the San Francisco Bay Area I've heard it all. An "inside job", really? Why wasn't anybody saying that after the first WTC attack in 94? Oh wait, did 911 happen "because we're allies with Israel" really? Is that why all the 911 hijackers were from countries (egypt & saudi arabia) that are also "allies" with America? Egypt even has a long standing peace treaty with Israel not too mention non of the hijackers were even palestinians. I especially love the "what did we do to make them so angry at us" line of thinking. That's like being a Jew and spending time analyzing why neo-nazis and other anti-Semitic groups like the taliban hate you and want to see you dead. In the face of that kind of hatred one must always respond appropriately which is any way but nicely.

Yesterday I heard that just 8 weeks ago was the last time someone died of a disease they contracted as a result of being in or nearby ground zero on 911. We owe it to that person, as well as to the people who died out right that day and to God knows how many others that are sick in both body and spirit still today to see that everyone who was involved in that terror plot gets a surprise visit from a U.S. SEAL team soon.
Posted by Shlomo Ben Hungstien at 12:03 AM 7 comments: 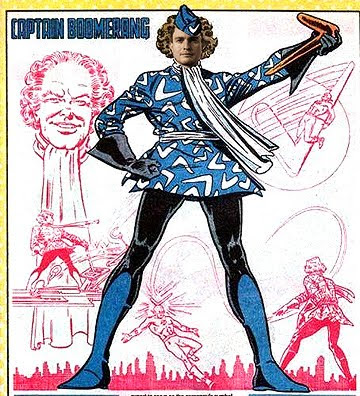 That's right mates, our beloved Dan will be soon packing up and taking his arse from New Zealand to Australia. You all know Dan of course from the coolest blog site in the world on all things sci-fi, comic book and just in general things that under and over weight guys who don't get laid all over the planet love (see blog role). As to the circumstances surrounding this change in his life I'll leave that for him to explain which will no doubt come in the form of a posting at his blog soon. Although I heard a rumor that one of his followers turned out to be this hot 40ish red head from Australia that lives alone in a nice place and is rich and begged Dan to move out there with her. However, I can't confirm that at this time. But if it's true and it turns out she has a twin sister I'll be moving to Australia soon too especially since I recently got my passport renewed.
At one point I asked Dan if he would be able to pass himself off as a local. Apparently that was impossible since he claims his accent will give him away every time. I don't know about the rest of you but the Kiwis and Aussies pretty much all sound the same to me. Both of them have mangled the perfected version of English we speak here in United States of America. I'm just kidn Dan . . . sort of. Let's all give Dan our best heartfelt wishes as he embarks on a new chapter in his life where he will be battling automobile and motorbike riding marauders in hockey masks and assless chaps on the desert wasteland highways of the Australian outback.
Posted by Shlomo Ben Hungstien at 12:03 AM 17 comments:

Everybody was Kung Fu fightn: Bronze Tiger vs. Batman plus, the 3 reasons Bronze Tiger is a badass you never knew about! 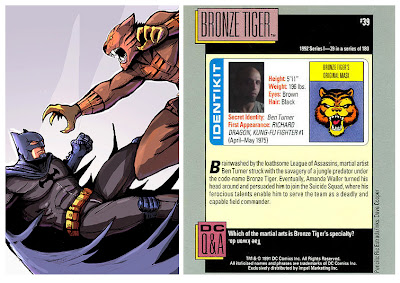 There's not much more I can say about Bronze Tiger that I and the rest of his fan base hasn't said already on this blog site. This posting largely consists of some cool stuff I found on the internet. Some i was looking for and other stuff and random. Now I believe the Detective Comics issue below is the first confrontation between Batman & Bronze Tiger. Let me tell ya it was a pretty epic match with some good art wort to boot! The links below should take you to some high resolution pages of the issue that consists of the match. The links are in descending order starting with the first page on top. 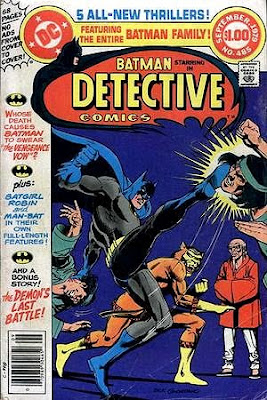 . . he can knock somebody out using the vulcan nerve pinch even though he's not a vulcan. Captain Kirk still hasn't gotten it down even after decades of Mr. Spock showing him how it's done.

. . he can get undressed next to another guy getting undressed in the out doors with out there being anything gay about it. Ok maybe a little bit depending on who you ask but that's besides the point.

. . he is one of the few non super powered characters in the DC Universe who can stand face to face with Superman and still look like an absolute badass. Others who could pull it off include Batman (ofcourse), Rick Flag and none other then Amanda Waller.
Posted by Shlomo Ben Hungstien at 12:05 AM 6 comments: