So I'm just doing this spur of the moment posting on what is now mostly an in active blog site. Only heard the sad news about an hour ago about Roger Moore passing away at 89 from cancer. Right on the heels of Sound Garden's front man Chris Cornell no less but in his case his death was in some ways even more tragic given that he was only in his 50s. I figured I better throw something on the internet especially with all this russia/trump investigation and terror attack in Manchester drowning out all other news stories including this one. Again, what seemed to be one of those timeless celebrity icons from my child hood has left us. There's really not much of anything I can say that you don't know or haven't heard already if you know anything about Roger Moore's career so let me pivot a bit to some of the 007 toys I used to have when I was a kid. 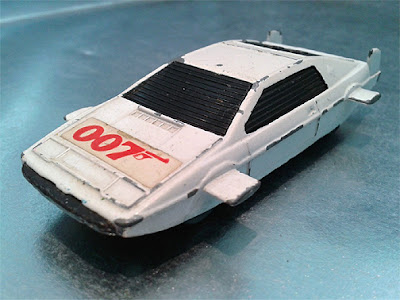 Ya know I still see the 007 submarine car (Corgi) from time to time at comic and toy conventions, usually going for a pretty hefty price tag. Especially for the ones that are in better condition part of that being if the 007 logo sticker is still present and not too tattered and faded. 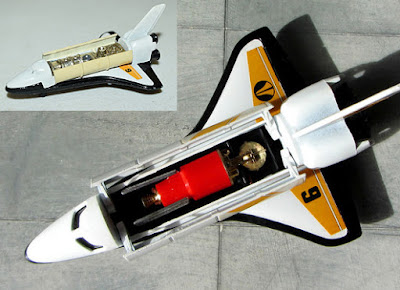 I also used to have both the large scale and smaller Moon Raker shuttle craft toys (also from Corgi). Both featured retractable landing gears and cargo bay doors that open. But the bigger shuttle also had a removable satellite which had extending solar panels where as the smaller shuttle just had a fixed molded piece in it but I loved both em just the same. I see the smaller shuttle once in a while at a con but have yet to come across the bigger one. I wonder if all these 007 toys will bump up in value now?

Posted by Shlomo Ben Hungstien at 9:38 AM No comments: