Why you need to see Rogue 1

No Squad related stuff for you guys this time. Going off topic here because I just saw Rogue 1 yesterday and I loved it and feel like talking about it a bit. Ya know, The Force Awakens was a refreshing new direction then those horrible prequels and it did have some other really good stuff going for it. But it also had a significant amount of problems to the point where it left me feeling some what less then thoroughly satisfied after I saw it.
But not so with Rogue 1. I might feel a little bit differently after seeing it again or after I've had some time to really process it all after this weekend but for now I'm pretty happy with it. It felt like authentic vintage Star Wars. It had a well paced story line with characters that were well developed that you felt something for when they died (oops, sorry about that spoiler). Yes this movie is loaded with tragedy but it also has a lot of well placed Easter eggs from things and people you know are coming in the original trilogy story line. And praise The Force, Rogue 1 has an absolute bare minimum of CG1 aliens.

This is probably gonna do it for me as far as any new postings go till the end of the year. As for 2017, I guess we'll just see how it goes. Unlikely it'll be a great year for anything going on that's Squad related when it comes to new shit.

Posted by Shlomo Ben Hungstien at 12:58 AM 3 comments: 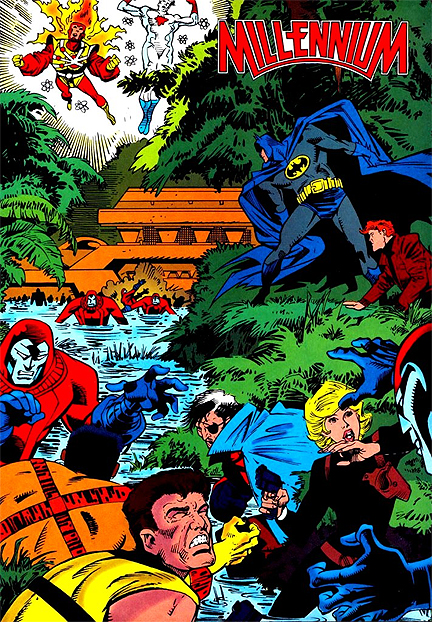 I recently found this art work on DC's wikia page. Although I don't know where this art work originated from I'm always never the less delighted to uncover some Suicide Squad related art from the late 80s and 90s. We see there Rick Flag and Bronze Tiger along with Karen Grace (mission casualty) who's got some some "history" with Flag back from their pre Ostrander Squad days together. There's also The Privateer (a.k.a Mark Shaw), a former manhunter recruited to help Task Force X for the Manhunter Louisiana fortress assault mission (see Millennium week 4, Suicide Squad 8 and 9). 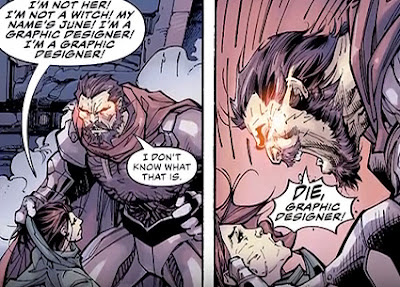 Ok I just wanted to open up this next segment of the posting by saying I was a graphic designer for 10 years so I thought these panels were funny as Hell. Last night I came across this these panels (issue 4) while watching some youtube videos that basically let you read the Suicide Squad Rebirth series in slide show format they have issues 1- 7 so far. Considering how easy it is to read a comic book series these days online I think you must really really want to buy something for the sake of having a hard cover in your collection.
Anyways, this latest Squad series is much of an improvement from what DC came up with when the DCU relaunch first happened not to mention The Squad title reboots prior to Rebirth. This rebirth series is certainly worth taking the time to read on youtube but not worth buying and taking up space at home. It does have it's moments, like Captain Boomerang getting killed in issue 2. Just go to Youtube and paste the following in the search bar...suicide squad rebirth #1. Or start with a later issue but either way after the video finishes it'll go right to what ever the following issue is until you finally reach # 7.
Posted by Shlomo Ben Hungstien at 9:56 AM 7 comments: