For those of you who hate the skinny Waller reboot here ya go from artist JJ Kirby. I also love what this guy does with vertigo's cape that's very creative. Be sure to check out more of his stuff at this link he's also got a bad ass Roy Harper as Arsenal piece! http://jollyboysessions.blogspot.com/2013/07/kirbys-whos-who-art.html 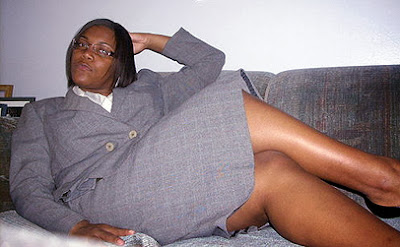 As long as nature has endowed you with the right qualities doing some Amanda Waller cosplay is a piece of cake. It's funny now how whenever I see a curvy black woman in a business suite I automatically think of the character as sure as a Pavlovian dog starts to salivate when it hears a bell.

I found this fan art on tumbler at the tail end of December with the following information with it: "Commission: unmasked Count Vertigo with hovering logo plus Deadshot in the background. Suicide Squad die hards will recognize the scene." This is a good example of how typography can be used to enhance an art piece.
Posted by Shlomo Ben Hungstien at 12:00 AM 6 comments:


Figures a concept as cool as this wouldn't be found in the actual Suicide Squad comic these days. Hat tip to Dan for bringing this to my attention. As most of you know I'm not a gamer but I'll be keeping an eye out (pun intended) for any more developments on this. I'm really happy to see CCH Pounder doing the voice of Amanda Waller again. Most recently Pounder has been seen in the Sons of Anarchy ironically playing a very Waller like character.
Posted by Shlomo Ben Hungstien at 8:40 AM 5 comments: 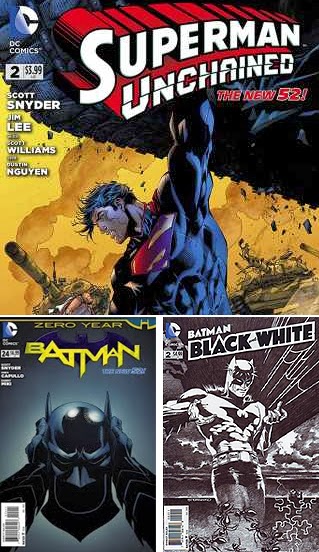 I neglected to mention that in addition to that giant DC Universe Year by Year Encyclopedia I received as a gift I also was given 3 random DC issues. I read the Superman issue around the time I posted about the Encyclopedia. It was ok, nothing to rave about. It was some what entertaining but nothing I would bother to pay $4 for. The two Batman issues were boring as fuck I started but didn't even bother to finish reading either of em. And here's the punch line Batman Zero Year #24 was $6 and Batman Black & White was $5.
Ya know how it is when you're at a party full of strangers and you're having a hard time mingling with people right? And that might be cuz they're all talking about shit they have in common or because no one is talking about stuff you're interested in but it all sucks just the same having to be there. In general that's what reading these issues was like for me.
Posted by Shlomo Ben Hungstien at 10:26 AM 15 comments: 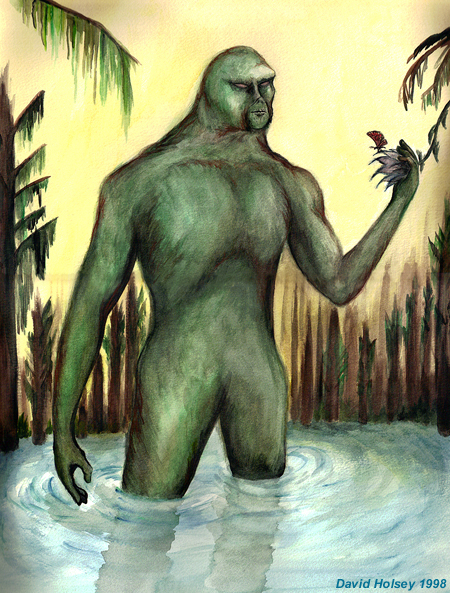 One of my earliest postings on this blog was a Swamp Thing Suicide Squad cross over posting (Dec. 8, 2010) given that both Bell Reve (Task Force X HQ) and the the origins of the Swamp Thing are in the swamp lands of Louisiana. So in a way this posting is something of a part two to that. I dunno why I didn't include Poison Ivy in that posting back then given her fairly extensive history with Task Force X. What an interesting show down that would have been. It never happened as far as I know but check out all the cool fan art of these two champions of the green. What you see to your left is just a small preview image of what's waiting for you at the link
http://www.deviantart.com/?qh=&section=&global=1&q=poison+ivy+swamp+thing&offset=0

The DC Comics Year by Year A Visual Chronicle is an over sized hardbound (352 pg) book that's pretty much what you would expect based on the title. I recently got this thing as a gift. Each year is it's own chapter that consists of several pages highlighting the notable issues and mini-series of each year. Also pretty cool is that each page along the bottom has a foot note of the big world wide and or national news story of that particular month for each year/chapter.
As you can see Suicide Squad #1 gets a shout out for the months  March - December for the1987 chapter. But you can see some other milestone issues on these two pages which I actually used to have except for that Batman issue. The other Squad issue that shows up in the book is Suicide Squad #23 (1989 chapter) because it was the first time Oracle (Barbara Gordon) initiated contact with Belle Reve effectively making that issue Oracle's first appearance in the DC Universe. A Google search (images tab) with key words DC Comics Year by Year A Visual Chronicle will show you more of the book and you can also find reviews on Youtube for it as well.

Posted by Shlomo Ben Hungstien at 1:11 AM 12 comments: 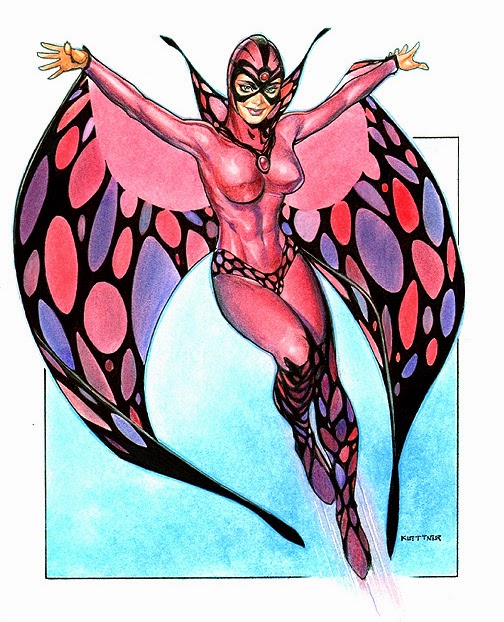 I noticed a bunch of new fan art for Black Orchid turn up on comicartfans.com recently. Most of it was pretty good but this commission piece by Mark Kuettner really got my attention. Get a load of that six pack she's sporting in her mid section  :) 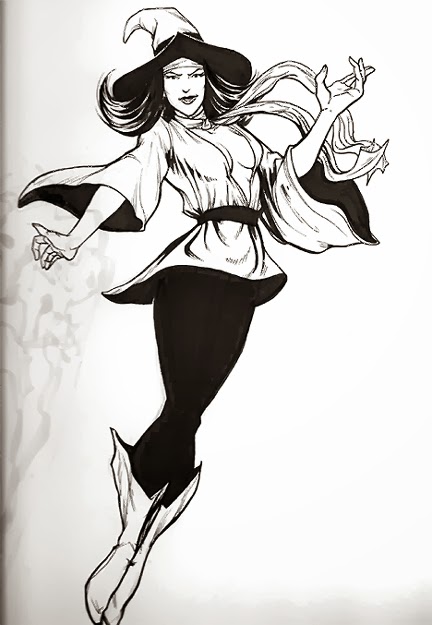 Also, at comicartfans.com was this Enchantress convention sketch art by Brian Atkins.  I love this one too for obvious reasons maybe some day I'll see what it looks like with some color added to it.
And speaking of beautiful illustrations of female Suicide Squad members check out this Plastique clip art by Ed Benes. It almost gives Power Girl a run for her money.
http://www.atomicthinktank.com/viewtopic.php?f=27&t=42446&start=180#p908719