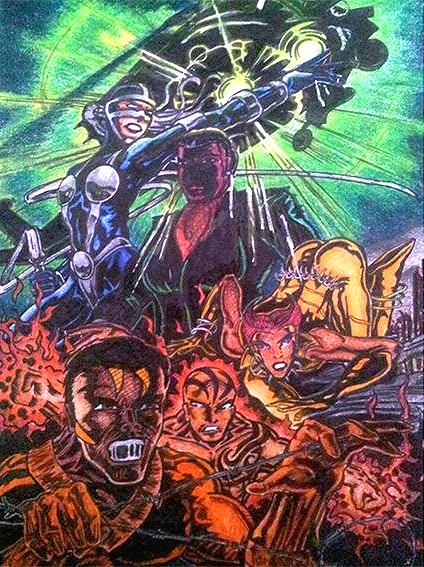 Thanks Dan I know you worked a long time to finally get this done I'm really glad to be finally show casing it here. I think you got all the character's personalities down pretty good here I especially like how Waller looks so ominous. Also nice going on having Diablo on the Ostrander era Squad he was one of the few things I liked about the New 52 Squad. And also thanks for quite literally leaving Harley Quinn out of the picture I've long since O.D.d on Harley with the Suicide Squad.
Posted by Shlomo Ben Hungstien at 12:27 AM 12 comments: 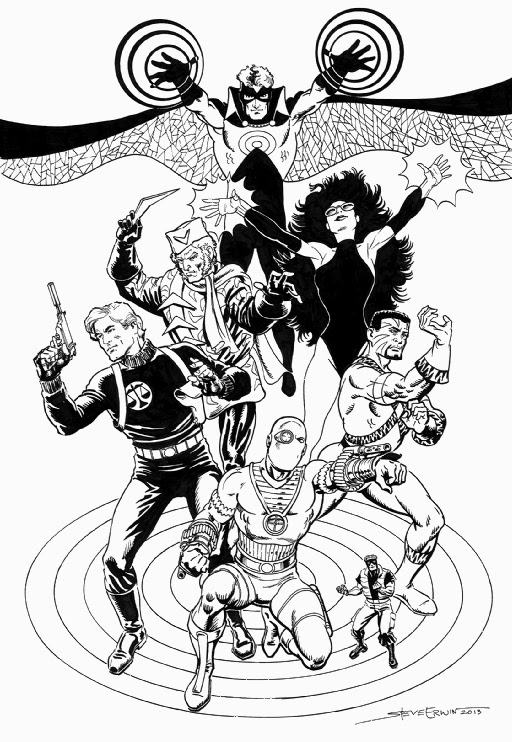 What a breath of fresh air this is! Some brand new Suicide Squad fan art that has nothing to do with the WW II version, or Harley Quinn or any other aspect of the New DCU. I just found this only a few hours ago on comicartfans.com apparently it's a commission piece done by Steve Erwin. This guy is good I've featured his stuff here at least once before.
On a separate matter here I found this over at the Firestorm blog yesterday. I think it's much to do about nothing but still worth having a look at if your a Suicide Squad fan http://firestormfan.com/2014/01/16/suicide-squad-film/
Posted by Shlomo Ben Hungstien at 8:58 PM 8 comments: 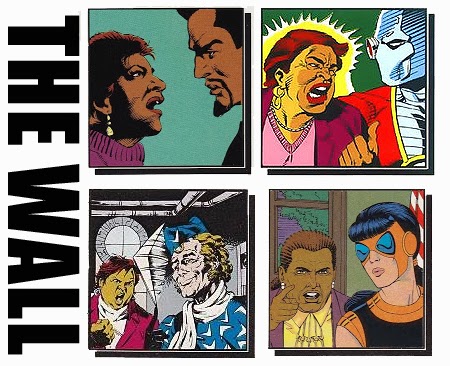 Posted by Shlomo Ben Hungstien at 1:14 AM 2 comments:

A new year with probably the same ol shit

I was at my local comic shop a few days before new year when I noticed a #1 issue for Harley Quinn. That's odd, I thought she already had her own book perhaps you've heard of  it's called "The Suicide Squad". Like I said, that's what it's being called at any rate.
Now over to The Suicide Squad that I know, this clip art of the antagonistic exchange between Rick Flag and Captain Boomerang comes from the only annual surprisingly the original series ever had. The cynical nature of it accurately reflects my feelings about what we probably have to look forward to in 2014 when it comes to all things DC.
I was watching a Youtube clip of "Bronze Tiger" and "Roy Harper" and I've at least seen some images of  "Amanda Waller" on Arrow. Some body get me an air sickness bag please! Well DC I've got "you're ace up the hole" right here and the same goes to cartoon network. But what I don't have is any money, time or patience when it comes to your TV shows or your new books. Oh, I almost forgot to throw in the obligatory Happy New Year slogan into this posting.

Posted by Shlomo Ben Hungstien at 12:00 AM 7 comments: