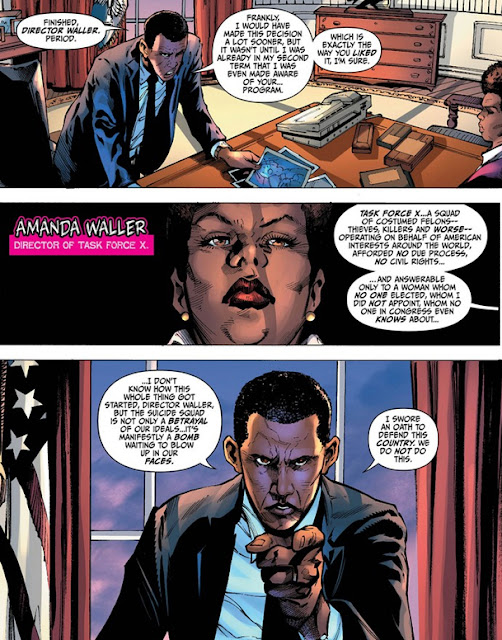 So just this past Wednesday DC Comics relaunched for what I believe is the 3rd reboot of the Suicide Squad title since the inception of the New DCU. There was the original series that was part of the New 52 line up that eventually gave way to another title called "The New Suicide Squad". I dropped the original title after issue 11 and didn't keep up much with what went on with the series after that but I think that first series ended some where in the 20s and then became the "New" Suicide Squad and who knows what after that.
Although not getting a lot of great word of mouth the Suicide Squad movie is something of a commercial success so I guess DC Comics is looking to capitalize on that with a relaunch of the title that mirrors the movie in many respects.

Coincidentally we now have a Suicide Squad that looks a little more like the Ostrander series from the old DCU. Waller is a plus size woman again along with Rick Flag and Enchantress being added to the line up of Squad members. Also, Deadshot a.ka. Floyd Lawton is back to having his signature mustache/goatee but that might have been the case again after I dropped the first series for all I know. All that aside this ideological debate between Waller and Obama was pretty well written I have to say I really enjoyed it. Not saying I'm gonna go out and buy this book but for now it's at least worth keeping an eye on. If you want to read a real review of the Suicide Squad Rebirth there's close to a half o dozen videos on youtube already among other places on the internet. 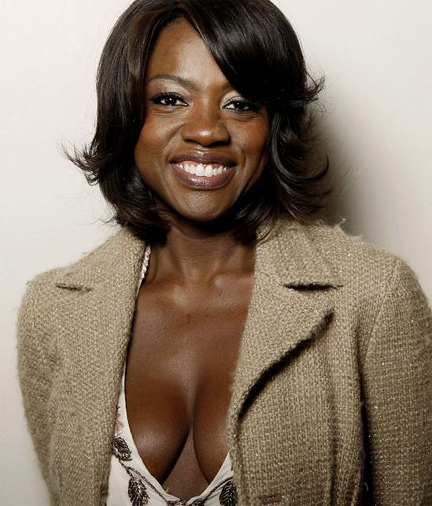 Now, why am I posting this photo of Voila Davis? Is it because she played Amanda Waller in the movie? No, I did for no other reason other then that she looks fucken gorgeous here. 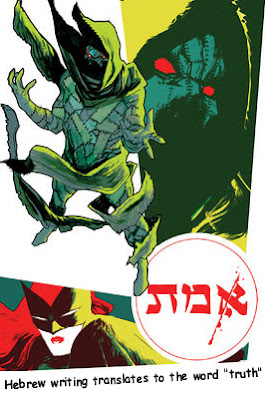 August 23rd update
A little something interesting here I wanted to share with any Ragman fans out there. I'm sure most of you recognize this Batwoman cover art and have probably figured out the writing at the bottom left is Hebrew. But I doubt most any of you knew what it meant. Pronounced "emet", that's Hebrew for the word truth. Which is interesting because in according to Jewish golem folklore part of the spell that animates the clay creature known as the golem is to inscribe the word truth on it's head. As some of you know the Ragman suite was created from a variant of the golem spell so I imagine that has something to do with the Hebrew inscription of that Ragman dominated Batwoman 35 cover art. Almost bought that issue at one point but it wasn't quite what I was hoping for on the inside.