Here's Black Spider back in my very first comic at age 6 . Now he's in The Suicide Squad 33 years later 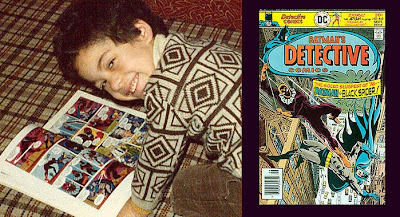 So I just remembered about this photo of me from when I was around 6. What you're looking at is some sort of trade paperback that included the story from Detective Comics 463. This TPB is basically my earliest memory of any kind of comic book I ever opened up. Unfortunately I don't remember what e 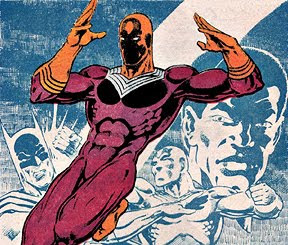 ver happened to it. Back then (mid to late 70s) Black Spider a.k.a Eric Needham was an ex junkie who spent 6 years in jail and came out as a Hell bent vigilante determined to rid the streets of Gotham of criminals, especially dope peddlers. That brought him into conflict with Batman who as you know doesn't believe in killing criminals. You can get a better look at what I was browsing at by magnifying the image above but also at this link: http://dccomicsartists.com/batman/BlackSpider-Tec463.JPG Today, 33 years later in the DC 52 relaunch as most of you should know by now Black Spider is part of Task Force X. And that's one of the things that's always made this book so fun to read because Task Force X was often made up of a non-garden variety of "criminals" which made for so much of the strife within the team through out it's history.

If you've read Suicide Squad #2 then you know Voltaic never got to issue his "receipt" to Black Spider. Instead, by the end of the issue Voltaic got a bullet in the head by Deadshot. Also in issue #2 Deadshot refers to Black Spider as a ninja. At a glance one might think that he's The Squads new Bronze Tiger. 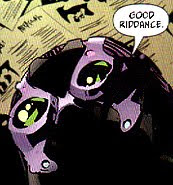 But aside from them both being black guys who are martial art bad asses with troubled pasts they don't really have much in common. Like I said in the previous posting (Suicide Squad #5 review) Black Spider is much more of a Punisher like character. In issue #3 it's somewhat implied during a conversation between Diablo and Black Spider that Spider may have had a family that met with tragedy but that has yet to be revealed. But one thing is for cert 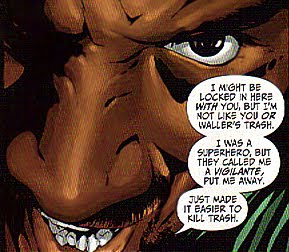 ain is that he has an almost pathological hatred of criminals just like Frank Castle. During the chaos of the Belle Reve prison riot in issue #5 Black Spider used the opportunity to kill the other patients in the infirmary despite him still recovering from a broken arm and concussion. And it didn't stop there because the infirmary basically became a temporary "roach motel" (they check in , but they don't check out) for any other felons who wandered inside. Black Spider is just one more thing that's made this such a great book so far. Thank God The Suicide Squad dodged the first round of cuts from the 52 line up so obviously the book currently has a descent sized fan base. Let's just hope they can keep this title around a little bit longer so we can see where the writing this ass kicking crazy train called The Suicide Squad relaunch.
Posted by Shlomo Ben Hungstien at 2:50 PM