Over the years I've watched my fair share of animated films from both DC and Marvel and they pretty much all have one thing in common, they suck! Sometimes they start off good but pretty much with out exception by the time your half way through or maybe a bit further you pretty much stop caring what's going on. I mean there's probably been an exception or two that don't come to mind at the 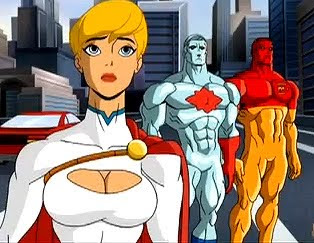 moment but you know I'm basically right.
The premise is that Luther buys his way into the White House pretty much like how it goes in real life. He has a program to bring super heroes and criminals alike into the employment of the federal government so in that way it reminds me of both the Task Force X premise as well as the Marvel Civil War series. Superman and Batman don't trust Luther and aren't down with his party line so now their fugitives. By the way, it just kinda popped out at me, did Power Girl do something different with her hair? It features almost every hero and villain from the DC Universe which is awesome. Several members of the Suicide Squad are in it but with the exception of Waller they only really make cameo appearances. 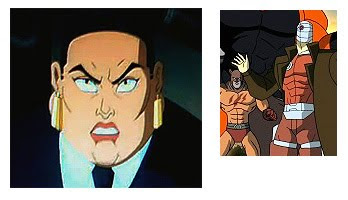 The animation is tight, many of the JLU cartoon voice actors are present and there's no shortage of memorable dialogue including Lex calling Waller a "bitch". The story flows pretty well and in general it just works in ways so many other animated DC and Marvel films didn't. Check out the Youtube clips bellow and decide for yourself and come back here and let us know what you think.