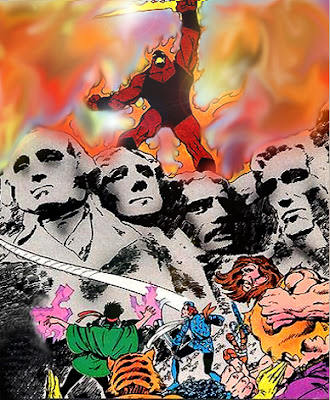 Old school Suicide Squad fans have had to endure a lot of disappointment lately with the new DCU so I thought something from the good ol days might makes us all feel a bit better. You all of course remember the classic Legends mini-series of the late 80s. This series marks the first mission of Ostrander's Task Force X as they are charged with the task of taking down Darkseid's destructive fiery juggernaut known as Brimstone. They're mission was a success but it came at the cost of team member Blockbuster ending up as dead as fried chicken. As you know he would be the first of many in the coming years. 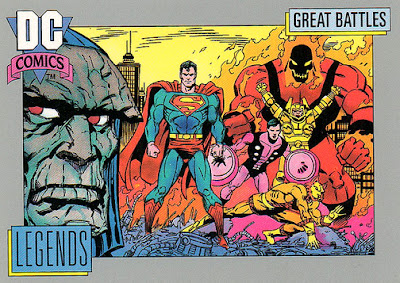 As far as I know there were only two Impel cards made as a tribute to the Legends series. The other doesn't have any members of  Task Force X but I'm glad that this other one featured here has Bronze Tiger "representin". Next up I'll be featuring a unique character I doubt most of you are very familiar with so be back here again in a couple of days.
Posted by Shlomo Ben Hungstien at 12:00 AM